It might sound like an act of heresy to compile a list of top ten movies that fails to include Citizen Kane, The Godfather, Star Wars, Apocalypse Now… and so on, but that is what I’m going to do. The Web is heaving with movie-lists and as most seem to contain these same old chestnuts, it would be pointless to add to the congestion.

Instead, I have decided to list ten movie-genres and include in each a movie of my choice, some of which are, I hope, a little more left-field than usual.

Let’s choose a movie with music, murder AND madmen on motorcycles: Albert and David Maysles’ infamous documentary, Gimme Shelter, a film shot in 1969 (released in 1970) that centers around the Rolling Stones and, in particular, the dramatic denouement to their U.S. tour, the notorious free-concert they headlined at Altamont Speedway, east of San Francisco.

The film features footage of the band on stage and in the studio but it concentrates, naturally, on Altamont, a concert ‘organized’ in two days, ‘policed’ by various chapters of the Hells Angels and characterized by drug-induced mayhem that resulted in a gun-toting young man being stabbed to death in front of the stage as a bewildered Mick Jagger looked on.

The movie is a fascinating picture of the hippie dream going sour and is well worth a look.

We might think that with CGI at our disposal older Sci Fi movies have nothing to offer us. I would beg to differ. My choice is a movie shot almost sixty years ago: Robert Wise’s understated classic, The Day the Earth Stood Still.

Released in 1951, it is the tale of an extra-terrestrial emissary, Klaatu (played by Michael Rennie), who, accompanied by his very large and powerful robot, lands his ‘saucer’ in Washington DC in order to deliver a stark warning to mankind: Cease your warlike ways or my robot and many others like him will stay your hand.

What is unique about the film is its message of peace and understanding, delivered at a time when Cold-War paranoia was at its height. It still looks and sounds good and is, in my view, a timeless gem.

I am a lover of horror movies but I have a problem: I can count on the fingers of one hand the amount of films that I have ever found genuinely scary. Actually, only two films have ever given me the creeps: one was the Japanese chiller, Ringu, and the other (my choice) was an Australian movie from 1978, Long Weekend.

It is the story of an urban couple with marriage difficulties who decide to take a camping break on a lonely and isolated beach in an attempt to sort themselves out. On the way to the beach their car hits a kangaroo then everything begins to go wrong. The self-obsessed couple blunder around lost before finally settling on their camp site. Then nature slowly begins to hit back and the creepiness begins.

I first saw this movie years ago and I never forgot it. It is truly unsettling and scary with a couple of really shocking moments. If you’re a fan of true psychological-horror then track down the DVD. You won’t be disappointed.

I went round the block a few times when trying to decide on an entry for this category but I kept coming back to one man, Woody Allen. I’m a fan. I have a few Allen favorites – Annie Hall, Broadway Danny Rose, Radio Days – but my choice is his 1972 movie, Play It Again, Sam.

Allen plays Allan Felix, a timid movie-critic who, after having been dumped by his excitement-seeking wife, seeks solace in the movies, Casablanca in particular. The shade of Humphrey Bogart appears and gives Felix some dating advice, aided and abetted by Felix’s married friends, Dick and Linda (played by regular Allen-ensemble players, Tony Roberts and Diane Keaton). Cue a number of dating disasters before Felix cuts the pretense and finds himself falling for his friend’s wife. The relationship is doomed, just like that of Bergman and Bogie in Casablanca.

My next choice is a true classic in every sense. It is also a movie that may be unfamiliar to most American readers. I have chosen Michael Anderson’s 1954 masterpiece, The Dambusters.

The movie tells the story of the famous RAF raid on the great dams of the Ruhr in 1943, a raid that utilized the famous ‘bouncing bomb’. The work to develop the bomb, carried out by its designer, Barnes Wallis (played by Michael Redgrave), runs alongside the formation and training of a special squadron led by Wing Commander Guy Gibson (played by Richard Todd). The movie climaxes, naturally, with the raid itself.

Okay, the special effects may be a little raw by modern standards but that doesn’t matter a bit. The tension and drama are perfect as is the sight of low-flying Lancaster bombers trying again and again to hit their targets. This is, quite simply, a perfect movie. (A modern remake is set to go into production this year.)

I’ve written elsewhere about my all-time favorite movie, Once Upon a Time in the West, so I’ll pick another favorite western for inclusion here. My choice is Kevin Costner’s labor of love, Dances with Wolves.

Costner plays a Union officer in the Civil War who, after having distinguished himself (rather implausibly) in action, is given a choice of postings. He wants to see the frontier so he chooses a posting as far west as possible, Fort Sedgewick, in reality a deserted shack. Marooned and forgotten, he forges links with the local Lakota-Sioux and is slowly drawn into their culture, ultimately going ‘native’.

The movie is far from perfect – it’s way too long; it’s corny in parts and the good-guy/bad-guy characterizations are a little simplistic – but it looks great and it is a moving testament to the tragic but inevitable destruction of the native plains-culture.

No list of mine would be complete without a Michael Mann movie so I’ll include my favorite, the 1995 crime epic, Heat.

Robert de Niro plays a master bank-robber who is planning to retire but not before leading his crew – Val Kilmer, Tom Sizemore and Danny Trejo – on one last heist. Al Pacino is the world-weary cop given the job of tracking de Niro down. The game of cat and mouse becomes personal and the two men develop a mutual respect, even meeting face to face on one occasion, but neither loses sight of their ultimate goal and both will, if necessary, kill the other to achieve that goal.

The movie is essentially about the old staples of love and betrayal and is no bad thing for that. It also contains a thunderous gun-battle and, being a Michael Mann movie, a nigh-time helicopter ride through the sparkling metropolis.

My next choice divides opinion. It is either a cinematographic masterpiece from one of cinema’s true mavericks or it is the most boring movie ever made. I, of course, incline to the first opinion. My choice is Stanley Kubrick’s 1975 costume-epic, Barry Lyndon.

An 18th century tale of a young Irish gent on the make, Barry Lyndon is a feast for the eyes. Ryan O’Neal plays the title character, a man determined to rise from his humble origins to occupy a place at the head of British aristocracy. He succeeds… for a while, then his fortunes plummet and crash.

The movie looks gorgeous. The candlelit interiors, the costumes, the military scenes, above all, the understatement… all these may not be to everyones’ taste, but given the right mood, Barry Lyndon is a treat for the eye (AND the ear; the score is excellent). I love this movie.

A Hitchcock movie must be included in any top ten and I was inclined to go with my favorite, Strangers on a Train; but as this is the melodrama segment, I have chosen instead the portly Brit’s first Hollywood feature, Rebecca.

This 1940 movie is a gloriously overblown tale of sinister passions and deadly secrets. A smoldering aristocrat, Max de Winter (played by Laurence Olivier), takes his second wife, a timid-but-beautiful little thing (Joan Fontaine), back to live at his Cornish family-pile, Manderlay. Once there, Ms Fontaine realizes that although Max’s first wife, Rebecca, may be dead in body, her presence still inhabits every corner of the house. That presence is reinforced by the fabulously sinister housekeeper, Mrs Danvers (played by Judith Anderson), who will stop at nothing to protect the memory and reputation of her late mistress.

All that can really be said about ‘Rebecca’ is that they don’t make movies like it any more. It’s a treat.

And finally, something ‘foreign’. As a big fan of French cinema I have chosen one of the most expensive movies ever to come out of France, Jean-Paul Rappeneau’s 1990, Oscar-winning, adaptation of ‘Cyrano de Bergerac’.

Gerard Depardieu plays the 17th century, big-nosed soldier who uses his ready wit and dominant personality to hide his inner frailties. Lacking confidence in love, he woos the object of his love, the beautiful Roxanne, through a proxy, the handsome-but-dim, Vincent Perez. All goes well until Roxanne slowly realizes that she is in love with her dashing suitor’s ‘words’ and not his looks.

I’m a sucker for period-bombast and it doesn’t come much better than in this movie; it’s wonderfully energetic and wonderfully French. The English subtitles were written by Anthony Burgess. 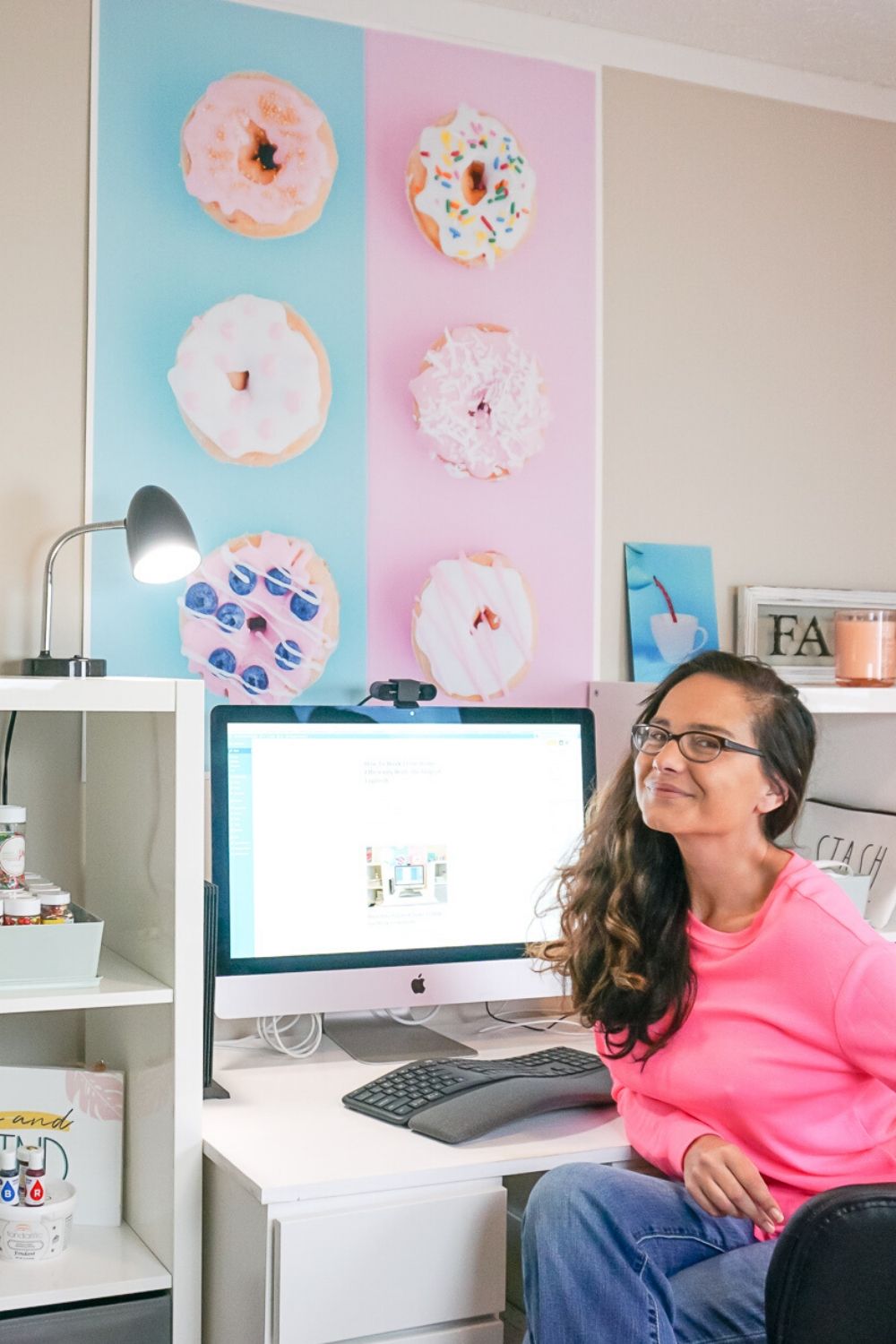 Get News Right To Your Inbox

One thing that I adore about the Cricut Joy is how

#adulting Bingo is now live on the blog. This is s

Ello, everyone! I just wanted to pop on and make s

I love keeping my home secure and @swannsecurity i

Ello! I hope that you all are doing well during th

I am totally crushing on @seabagsmaine ! They are