Are You The World’s Worst Cook?

Not everyone is born to be the best chef in the world. Some go on to actually be one of the best chefs in the world! But often skills are learnt from family members, or perhaps learnt along the way. You might have watched a YouTube video or two trying to teach yourself how to cook pasta without it turning to mush. Or trying to cook rice without it absorbing all the water and becoming one big ball of mush. We really do think cooking in life is just one of the things that you’re going to have a natural knack for, or something you’re going to have to work at until it becomes half decent. So, if you’re one of the people who is wearing the world’s worst chef hat of shame, then it’s about to change. Because it’s such a good skill to know how to cook.

Not only is it going to save you a ton of money because you’re not buying ready meals or takeaways every other night, but it’s a skill you can eventually use to help raise your family. It might even be a skill you’re desperate to have now because you’re raising your family. So, we’re going to show you how you can go from being the world’s worst cook to at least a half-decent one.

There are some simple skills that people just don’t know how to do. We’ve spoken about it in the opening paragraph. Rice seems to be the one that people can’t cook. They put too much water in, boil it too much, and cook it for too long. All you need to do is fill it a few cm or two above the rice, and leave to simmer. Cooking a boiled egg is also another one people struggle to master. We have to admit, they can be an absolute nightmare to peal, so here’s how to make boiled eggs easy to peel. Cooking time depends on how boiled you want the yolk, but usually around 8 minutes is perfect. We could go on and on talking about some of the basic cooking skills, such as keeping your fingers tucked in when cutting to prevent you from chopping your finger off. But we won’t. We will instead invite you to Google some of the most basic cooking skills to you can read in more detail.

Now it’s time to think about whether you can experiment a little more with the flavours and the dishes that you’re creating. Here we think you should think about using ingredients that you don’t usually use. Think about how many types of fish, for example, that you haven’t experimented with just because you had a bad experience with them once. For example, so many people don’t like salmon, but there are so many sauces that you can cook it with that tastes amazing.

Finally, make sure you’re giving home cooking a go, every single day. Meals can be made in as quickly as 15 minutes, making it so easy to cook fresh and nutritious food.

Things To Think About When Choosing Workout Wear

What’s Keeping You Up At Night?

What Are The Triggers To Eat Healthy?

Working From Home Advice Everyone Can Use

Keeping Everyone Happy When Traveling In An RV

What Do You Need To Start A Hobby...

The Ultimate Guide For An Easy Summer With...

The Benefits of Owning a Swimming Pool 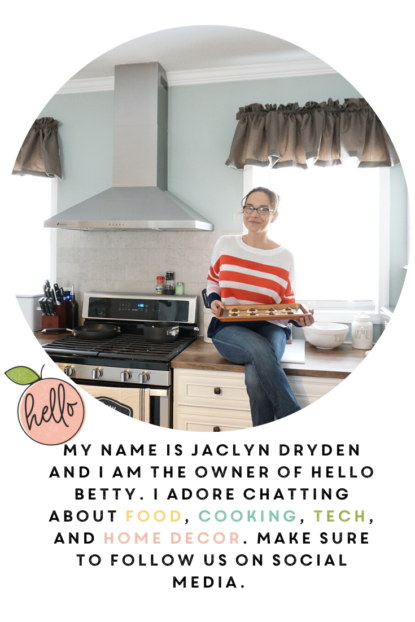 @ellobetty
I am feeling all excited about fall. My favorite s

"The big lesson in life, baby, is never be scared

So our rental is moving along thanks to my husband